We have three choirs:

Our adult choir has soprano, alto, tenor, and bass voices.  Typically, we sing in four-part harmony and have tackled as many as 10 parts!  Our two concert series per year will feature one or two songs with female or male only parts and several massed choir pieces with the children and youth.

Our Teen choir gives our older youth an opportunity to continue to develop musically and to mentor the younger choir members. This smaller group has a separate rehearsal to tackle a more challenging repertoire better-suited to maturing voices

Our Junior choir rehearse for one hour weekly.  They have many opportunities throughout the year to participate in musical events and are regular participants in Music Monday, an annual event held the first Monday in May that brings children from across Canada together to sing the same song at the same time.

In 2014 all three choirs took part in re-enacting the 1914 Christmas Truce at the Canadian War Museum. 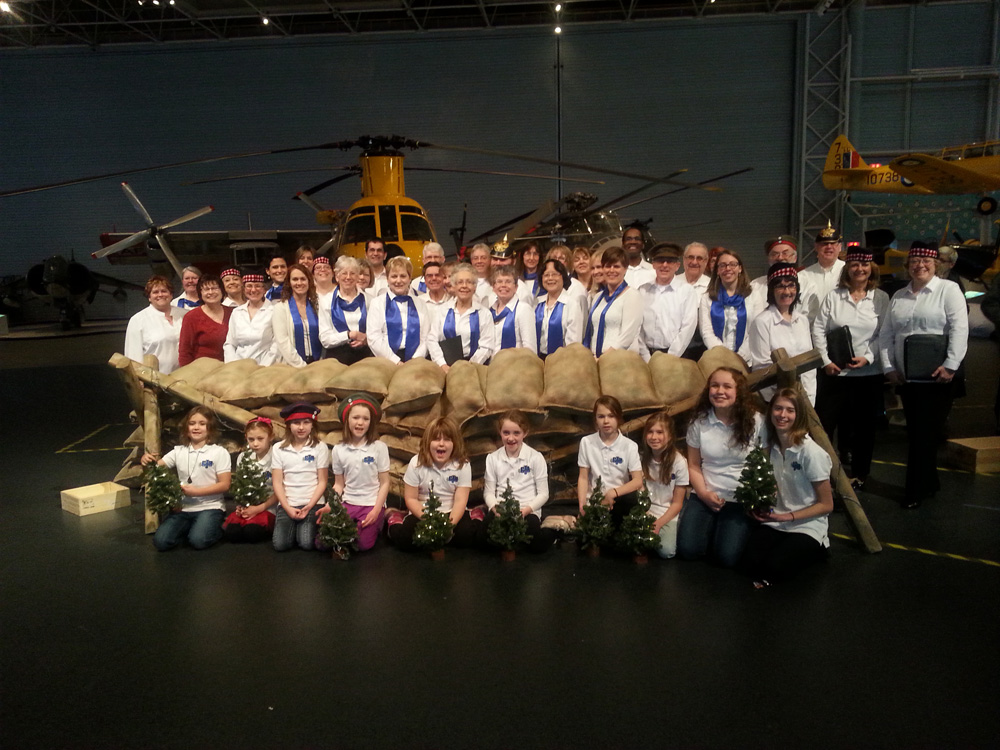 Members of the JJs and GJS who participated in the December 2014 recreation of the 100th anniversary of the Christmas truce.  At the Canadian Aviation and Space Museum, Ottawa, ON both sides were represented (we were the German troops) singing Christmas carols first across no man’s land then together in no man’s land.  Choirs representing both sides are shown here